We´re FCK.FM and we stand for a lot of hard n’ heavy Rock ’n’ Roll and a lot of hot girls, but we are strictly against talking about politics and religion. Our mission is to spread positive vibes, no judging and having as much fun as possible by being nice and supporting each other. Be welcome to join us!

FCK.FM stands for certain values and one of the most important values we have is: be nice! Of course, you can discuss the controversially, we ́re Metalheads, but don ́t get abusive.

Only postings in English are allowed.

Sell & Buy Forum: Please note that we are not a professional sales platform for third parties and that we do not verify the sellers and do not assume any liability. So check sellers and take appropriate precautions before you send money, i. e. with PayPal Buyer Protection.

Metalhead Love Forum: We don’t care if you’re looking for someone to marry or a backstage quickie. However, always remain friendly, pay attention to an adequate expression and, above all, accept when someone says ‘no’. If you meet someone in person, take appropriate precautionary measures, we don’t check our users, we just make the platform available free of charge.

Introduce your Band & Music Forum: If you present your band or new song/album, please do so only once and do not cross-post throughout the other forums. If you have another new song or album, you can of course make a new post again. You can create also your own band/artist thread and then post all your updates in it.

Posts containing multi-level marketing are not allowed and will be deleted immediately as well as loans or capital mediation.

Please do not write titles and texts in uppercase only.

Rock Events On This Day 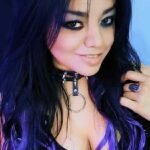 Here we are going to list all Rock History Events that we know of.

What others do you know of?

August 22, 1947
Birth of Donna Godchaux (singer of The Grateful Dead).

Marisol
(@marisol)
Editor-in-Chief Moderator
Joined: 2 months ago
Posts: 75
Topic starter 26/08/2022 11:28 pm
August 26 1936
After some Duke Elllington music, Helen McKay sings "Here's Looking At You," the first song ever broadcast on television.
August 26 1940
Rocker Nik Turner (of Hawkwind) is born in Oxford, Oxfordshire, England.
August 26 1960
Jazz saxophonist Branford Marsalis is born in Breaux Bridge, Louisiana, to a family of musicians. He played sax and miscellaneous percussion on Sting's 1985 solo debut, The Dream of the Blue Turtles.
August 26 1966
Dan Vickrey (lead guitarist for Counting Crows) is born in Walnut Creek, California.
August 26 1966
Birth of Shirley Manson (Garbage singer).
August 26 1967
Bobbie Gentry's "Ode To Billy Joe" hits #1 in America for the first of four weeks.
August 26 1967
The Beatles follow their favorite new lecturer, the Maharishi Mahesh Yogi, to University College in Bangor, North Wales, along with Mick Jagger and his girlfriend Marianne Faithfull. After his lecture the group holds a press conference to announce that they've become his disciples in the "Spiritual Regeneration Movement" and officially renounced the use of all drugs.
August 26 1968
In America, The Beatles release the Paul McCartney-penned "Hey Jude" with John Lennon's "Revolution" on the B-side. It hits #1 a month later and stays for nine weeks, longer than any other song in 1968.
August 26 1969
Elvis Presley cracks himself up during his concert in Las Vegas when he changes a lyric to "Are You Lonesome Tonight," singing, "Do you gaze at your bald head and wish you had hair?"
August 26 1970
After an all-night jam, The Allman Brothers' Duane Allman asks Eric Clapton if he can attend the recording sessions for his new group, Derek and the Dominos. Clapton agrees, only on the condition that Allman also play on the sessions.
August 26 1970
Release of the album "Historic Performances Recorded at the Monterey International Pop Festival" Jimmi Hendrix.
August 26 1970
Jimmi Hendrix performs for the last time in public, at the Isle of White Festival.
August 26 1978
Frankie Valli's "Grease," the title track to the blockbuster film, hits #1 in America.
August 26 1983
The film Merry Christmas, Mr. Lawrence, starring David Bowie, opens in New York City.
August 26 2007
The Rolling Stones wrap up their A Bigger Bang tour at the O2 Arena in London. The tour lasted two years and sets a new record with a gross of $558 million.
August 26 2008
Motörhead's "Motörizer" album release.
August 26 2016
Release of the album "The Best Of The Atlantic Years" by Twisted Sister.
August 26 2016
Kiss "Kiss Rocks Vegas" album release.
Jose manuel Toledo de León, Marga Beggars and FCK.FM reacted
ReplyQuote

Eye magazine reports a John Lennon and Yoko Ono album will have a picture of them nude on the cover.

Al Jardine, one of the founding members of the mythical group The Beach Boys, was born.

Ringo returns to The Beatles after leaving them fue to frustration during the White Album sessions. He finds his drum kit covered in flowers, upon return.

The first live album of the band Dream Theater called ''Live At The Marquee'' is released.

David Bowie graced the cover of Architectural Digest magazine. He was the first human to appear on the cover in 4 years.

Such an epic album is Powerslave

To coincide with the release of his second Sun single, "Good Rockin' Tonight", Elvis Presley, along with Bill Black and Scotty Moore, make their first appearance at The Grand Old Opry. Audience reaction is so poor, the Opry's manager Jim Denny suggests that Elvis go back to driving a truck.
September 04, 1962
Beatles record "How Do You Do It" at EMI
September 04, 1964
The Animals play America for the first time with a show at New York's Paramount Theatre.
September 04, 1965
While The Who shop for a guard dog, their van and $10,000 worth of equipment is stolen.
September 04,1968
Street Fighting Man" by The Rolling Stones is banned in Chicago and some other cities as local officials fear it will incite riots.
September 04, 1968
The Beatles play to a live audience for the first time in two years when they record promotional films for "Hey Jude" and "Revolution" at Twickenham Studios in front of an audience of about 100. It goes so well, they decide to make a documentary, which becomes Let It Be.
September 04, 1970
The Rolling Stones release Get Yer Ya-Ya's Out!
September 4, 1971
Paul McCartney scores his second solo, number one hit in the US with "Uncle Albert / Admiral Halsey". Paul would later explain that "Uncle Albert" was based on his real-life uncle. "He's someone I recall fondly and when the song was coming, it was like a nostalgia thing... As for Admiral Halsey, he's one of yours, an American admiral", referring to Admiral William "Bull" Halsey.
September 4, 1980
A new version of Yes, with Chris Squire, Steve Howe, Alan White, Geoff Downes and Trevor Horn, sell out a three night stand at New York's 19,000 seat Madison Square Garden.
September 4, 1982
Just as its six week run at the top of the Billboard Hot 100 was ending, "Eye Of The Tiger" by Survivor climbs to number one in the UK for the first of four weeks.
September 04, 1995
Jethro Tull, Roots to Branches

In the MTV Video Music Awards:
David Lee Roth appeared with Van Halen on a stage for the first time since 1984. They didn't perform, but they gave out the Best Male Video Award to Beck for "Where It's At."
To close out the show, Kiss, then in the midst of the highly successful reunion tour of the original lineup, performed "Rock and Roll All Nite" at the foot of the Brooklyn Bridge.
September 04, 2007
The Bob Dylan "biographical" movie, I'm Not There: Suppositions On A Film Concerning Dylan, premieres at the Venice (Italy) Film Festival.
September 4, 2015
Rolling Stones' guitarist Keith Richards summed up what a lot of Classic Rock lovers have always felt when he told The New York Daily News that Rap was for "tone deaf people." He went on to say "All they need is a drum beat and somebody yelling over it and they're happy. There's an enormous market for people who can't tell one note from another.
Marga Beggars, Jose manuel Toledo de León, FCK.FM and 1 people reacted
ReplyQuote

@marisol The appearance of David Lee Roth on stage with Van Halen led to a planned reunion being cancelled. David and Eddie got in a fight backstage over his onstage antics. They never got along well on a personal level.

@unholytyrant  Yeah! Too much talent and ego in a single room can be dangerous 😝

X We use cookies on our website to give you the best possible experience by remembering your preferences and return visits.
Read More Cookie settings
ACCEPT REJECT
Manage consent

This website uses cookies to improve your experience while you navigate through the website. Out of these cookies, the cookies that are categorized as necessary are stored on your browser as they are essential for the working of basic functionalities of the website. We also use third-party cookies that help us analyze and understand how you use this website. These cookies will be stored in your browser only with your consent. You also have the option to opt-out of these cookies. But opting out of some of these cookies may have an effect on your browsing experience.
Necessary Always Enabled
Necessary cookies are absolutely essential for the website to function properly. These cookies ensure basic functionalities and security features of the website, anonymously.
Functional
Functional cookies help to perform certain functionalities like sharing the content of the website on social media platforms, collect feedbacks, and other third-party features.
Performance
Performance cookies are used to understand and analyze the key performance indexes of the website which helps in delivering a better user experience for the visitors.
Analytics
Analytical cookies are used to understand how visitors interact with the website. These cookies help provide information on metrics the number of visitors, bounce rate, traffic source, etc.
Advertisement
Advertisement cookies are used to provide visitors with relevant ads and marketing campaigns. These cookies track visitors across websites and collect information to provide customized ads.
Others
Other uncategorized cookies are those that are being analyzed and have not been classified into a category as yet.
Save & Accept
Powered by